2020 SYC Wrestling Championships to feature some of Kern County's best 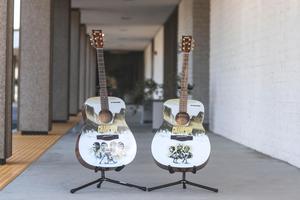 “It’s going to be an exciting event,” North High coach Brady Garner said. “I want everyone to tune in and watch because you’re going to see some of the best of Kern County’s wrestling.” The Central Valley has long been a hotbed for high school wrestling in the state of California.

Kern County has played a prominent role in helping achieve that status.

Prep wrestlers from Bakersfield and the surrounding areas have won numerous individual state championships over the past several decades.

Several local wrestlers will be trying to achieve that goal this year when the CIF State Championships take place Feb. 27-29 at Mechanics Bank Arena.

Many of those talented grapplers will first attempt to prove that they are the best of the best among local competition when the Kern High Network hosts the South Yosemite Conference Boys and Girls Wrestling Championships on Wednesday night.

The two-round event will be held at North High School with the first round scheduled for 5 p.m. and championship matches slated to start at 7 p.m.

Fans can attend the event in-person or watch all the action via livestream by the Kern High Network.

The winners from each weight division will receive a one of a kind custom made guitar. All the finalists will get custom singlets.

“It’s going to be an exciting event,” North High coach Brady Garner said. “I want everyone to tune in and watch because you’re going to see some of the best of Kern County’s wrestling.”

The headliner on the boys side is Bakersfield High’s Josiah Hill, the top-ranked heavyweight (285 pounds) in the state.

Hill’s most likely challenger for the tournament championship will be Frontier’s Jake Andrews, who is ranked No. 27 in the state.

Another boys finals matchup featuring two state ranked wrestlers is a possibility at 160 pounds with BHS’ Jaden Sanchez (No. 14) and Golden Valley’s Dominick Leon (No. 20).

The girls side of things will feature a plethora of highly regarded competitors.

Four girls ranked No. 1 in the Central Section in their weight class plus another five ranked No. 2 will compete in the tournament.

The 106-pound bracket is made up of four girls all ranked in the top-six in the section including No. 1 Alyssa Valdivia of Frontier.

Fans should also keep a close eye on the girls 143-pound weight division, where there is the potential of a finals matchup between section ranked No. 1 Orianna Morales of BHS and No. 2 Audrey Chavez of Golden Valley.

“This is a great event because it gives us the opportunity to see who’s the best in Kern County,” Garner said. “It’s a good measuring tool to see where we’re at and what we need to do between now and state.”

The idea for the event, now in its second year, came from Kern High School District Director of School Support Services Stan Greene.

“Many of our schools were going to so many tournaments out of town that some of our best wrestlers never even wrestled in town,” Greene said. “So, we created this to showcase local kids that were good wrestlers. We wanted to give them an opportunity to wrestle in town so that the community would have chance to go watch them wrestle and help the sport grow…I’m just really excited that we have great community partners like Kern Schools Federal Credit Union, Motor City and Bakersfield College that help support our office to be able to host these events.”